The Eritrea Water Crisis: All You Need to Know

The Horn of Africa, aptly named for its shape, hosts four African countries: Ethiopia, Somalia, Djibouti, and Eritrea. Located along the top ridge of this geological curve is Eritrea. The country is home to 3.5 million people and is the territory of an existential water crisis.

The Eritrea Water Crisis in Short

In 2018, WaterAid identified Eritrea as having one of the lowest access to clean water close to home worldwide. In June this year, a nationwide notification alerted people to ration water, reduce flushing, and prepare for water cuts.

This action follows the closing of water purification and bottling plants by the government. Unfortunately, there was no public announcement as to why or any information on how to receive help during this time. 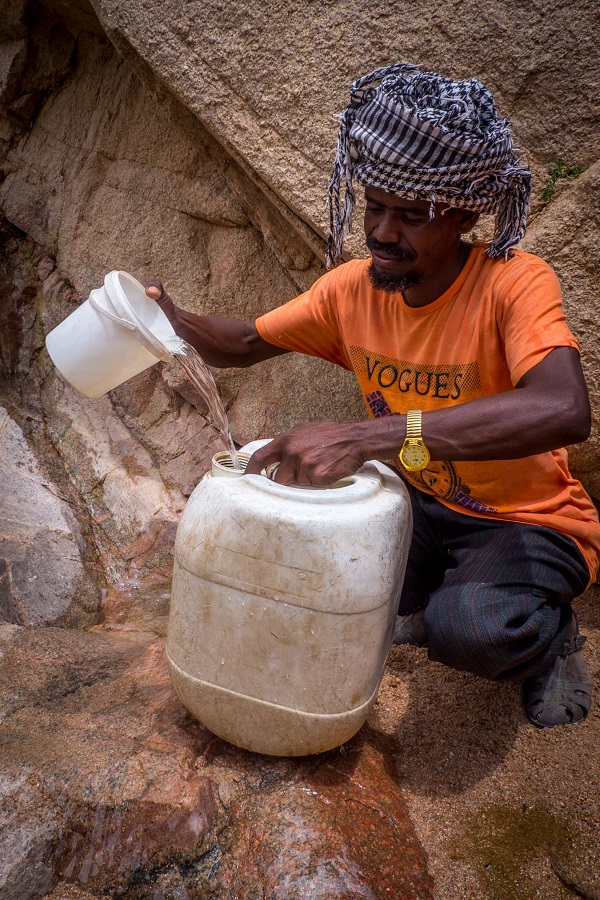 People assume the closing was due to the lack of resources caused by the prolonged drought that threatens the country for so long. Eritrea remains notoriously guarded against media and questioning by not only the outside world but also by its people.

A Country’s Water Crisis is a Global Problem

Access to water and the information regarding it are human rights that governments should provision and protect to ensure life, not threaten it. Unfortunately, Eritrea is not the only country facing severe water crises, despite the best international efforts. Nevertheless, we still have some solutions and we can still help!

While this affects the lives of millions of people, water poverty is a challenge faced daily by many Eritreans. The Eritrea water crisis and poverty have complex causes, from hydrogeological processes to political management and war. For Eritrea, the answers are not simple.  With political unrest as a staple in its history, the country has not prioritized the management of food and water. Today, the citizens are paying the price.

Eritrea: A Country of Its Own

For 30 years, Ethiopia governed Eritrea. Ethiopia annexed its neighbor, which led to unrest in the country and sparked a war for independence. While Eritrea won the war and gained its freedom in 1991, the conflict’s aftermath and consequences translate today into widespread economic loss of infrastructure and livestock.

The conflicts were the catalyst for mass migration. Between 1995 and 2019 over 1.5 million people moved from rural to urban areas. 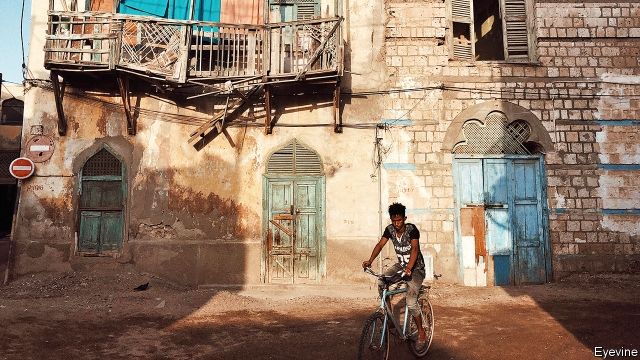 But what does this information mean when considering the future of the country and its access to clean water?

There is a considerable disparity between the youngest and oldest of the population. The young end up into military service and those on the higher age end are unable to work. This leaves agriculture susceptible to management without consideration for environmental impact.

The Eritrea government boasts traditional and fruitful farming practices in the Revised National Biodiversity Strategy and Action Plan for Eritrea (2014 – 2020).

However, deforestation (the cutting of large areas of forest/woodland), introducing alien species that threaten crops and endemic species, and eutrophication of water make a more realistic image.

From Mouth to Mouth

Only 26-50% of the population has access to water, which comes mostly from groundwater. Other than the Setit, the rivers in Eritrea are seasonal, meaning they do not supply water annually.

The Setit river runs along the border of Eritrea and Ethiopia from the Sudan Kashm el-Girba Dam. The dam allows for proper irrigation and consistency in the water supply. Water, like everything, has a process behind, but we often overlook the journey it takes to get to us.

This journey is particularly important in countries with scarce and polluted water, as it is often the source or mouth that pollutes it, despite efforts to keep the water clean.

Along the river, there are distant villages, towns, highlands, and deforested terrains. They all open the water to a host of diseases and pollutants, the majority of which are from anthropogenic (human) interaction.

In countries such as Uganda, Nepal, Pakistan, Sudan, Ethiopia, and Eritrea, waste disposal is a huge problem that locals and international charities are trying to tackle one drop of water at a time.

The open defecation from humans and livestock and the poorly designed latrines allow for water to become polluted with feces.

Open areas are particularly susceptible to flash flooding, causing mass soil erosion where large quantities of matter from soil to litter are taken with it.

Diarrhoeal diseases account for 842,000 deaths per year worldwide, with many attributed to an unsafe water supply.

These diseases, among other symptoms, cause severe dehydration. This is a consequence that people cannot manage in a place where dangerous water itself is the cause of the problem.

The Deadly Waters of Eritrea

These diseases account for the high death rate and low life expectancy in Eritrea:

Now, with the closing of multiple bottling and filtering plants, many are turning to unsafe and life-threatening water sources.  Such practices can only lead to an increase in health problems, biomagnification of diseases and toxins, and in time, death.

Making Changes in Eritrea is Not Impossible 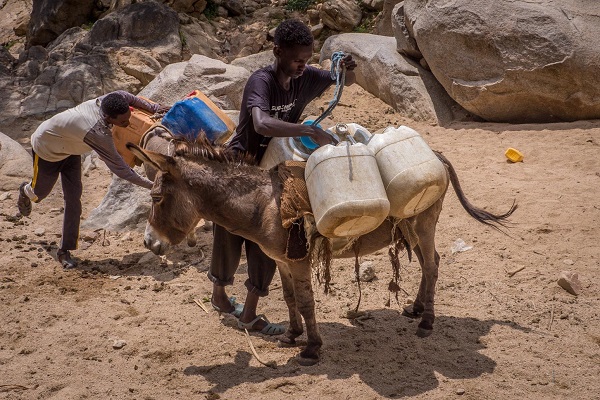 In 2014, the Eritrean government produced the Revised National Biodiversity Strategy and Action Plan for Eritrea. They identified areas of focus, importance, and outlines in what could be done to eradicate environmental issues by 2020.

They noted the potential risks to marine and water pollution through ecological degradation, expanding marine activities, coastal habitation, and industrialization near water points.

In 2009, the government produced The Action Plan for Integrated Water Resources Management. It contained targets and actions to:

Unfortunately, authorities did little to meet the targets of the plan since publication, and the current status is dire.

Access to water requires education, commitment, and management by not only the government but the citizens that utilize it.

It’s vital that anyone who encounters water to consider the implications of their interactions with it.

How Can Does the International Community Help?

Technology without Borders or Technik Ohne Grenzen is a  charity that develops solutions to water sanitation. It also provides education to Third World Countries, raises money, and assists in the construction of multiple water aid projects worldwide.

The group coordinates development with the help of locals. This means that when they leave, the residents are not only informed of how the system works but also share the responsibility to upkeep the system.

Constructions of dams are a long term, clean, and fruitful solution to water poverty in Eritrea. With wells drying and the water table falling, it is essential to create clean storage of water.

Read More about the Most Polluted Rivers in the World!

Such projects require more than funding, but also discussion and education. It is high time we talk about practical solutions and ways to help, holding the governments that manage the water responsible for implementing solutions and the outcomes should they fail.